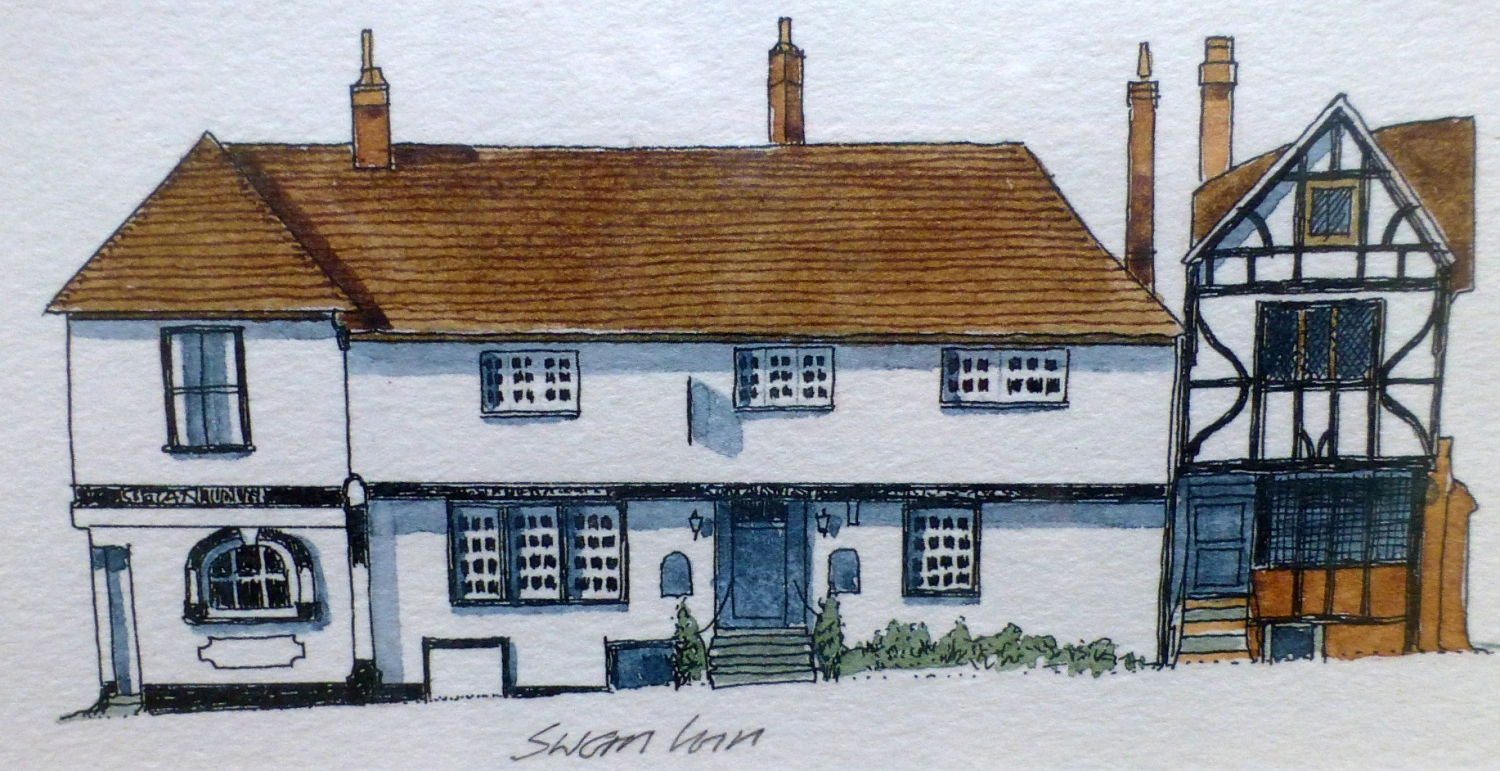 We have now put together a programme of talks for 2022.  Our new Programme Secretary, Tina Litchfield, has worked very hard on this, and we hope that Covid restrictions will not interfere again.  Membership cards with details of the programme will be sent to the printers shortly, and then to members.  The summary on this page will be updated over the next few days.

Our meetings are held at the South Downs Memorial Hall, North Street GU29 9DH
on the third Thursday of the month (excluding January and August), and start at 7.30pm.
Entry is free for members and £3 for visitors.
Drinks are available in the interval. Midhurst Society publications will be offered for sale.

Note: It might be possible for us to arrange for one of our members to give illustrated talks on Midhurst to (fairly) local organisations.  For many years Bridget Howard offered this service; more recently Dave Rudwick has taken up the challenge.  Historical walks in Midhurst can also be arranged.

Retired local solicitor Neil Hart DL will talk about his year as High Sheriff of West Sussex. He will come in full court dress.

The oldest office under the crown, the High Sheriff remained first in precedence in the counties until the reign of  Edward VII when an Order in Council in 1908 gave the Lord-Lieutenant the prime office under the Crown as the Sovereign's personal representative. The High Sheriff remains the Sovereign's representative in the County for all matters relating to the Judiciary and the maintenance of law and order.  The first record of a High Sheriff in Sussex dates back to 1086.

From Jekyll to Jellicoe: The Story of Sutton Place

John Humphris VMH, former Garden Manager at Sutton Place, will give a talk entitled ‘From Jekyll to Jellicoe’.

A Tudor house with a great twentieth-century garden, designed by Geoffrey Jellicoe for Stanley J Seeger. With his developing interest in Jung, Jellicoe saw the design as an allegory of human evolution, with creation, life and aspiration. He made a Paradise Garden, a Moss Garden, a Music Garden a Surrealist Garden.  The Nicholson Garden was originally designed by Gertrude Jekyll 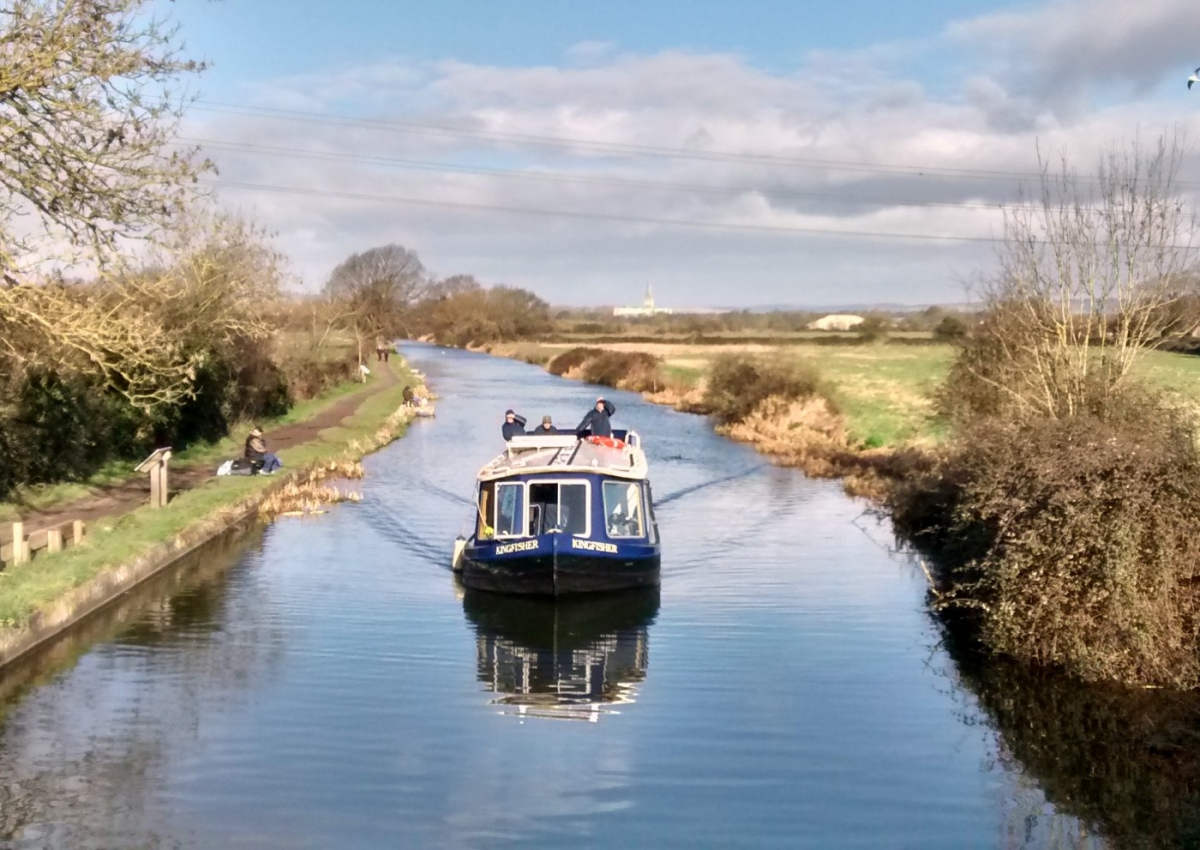 AGM and a look at The Chichester Canal

AGM, followed by a presentation by Andrew Gibson—The Chichester Canal. A look at the history of the canal in this its 200th anniversary year.

The Ancient Dead of Sussex (and Beyond)

Dr Dawn Cansfield—The Ancient Dead of Sussex (and Beyond). What prehistoric burial practices can tell us about life and death in the past. 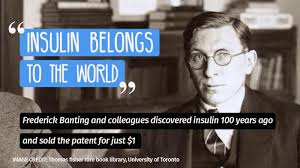 Dr Ian Goodall—The Discovery of Insulin. How Frederick Banting battled against the odds to discover a life-saving drug which saved the lives of millions. 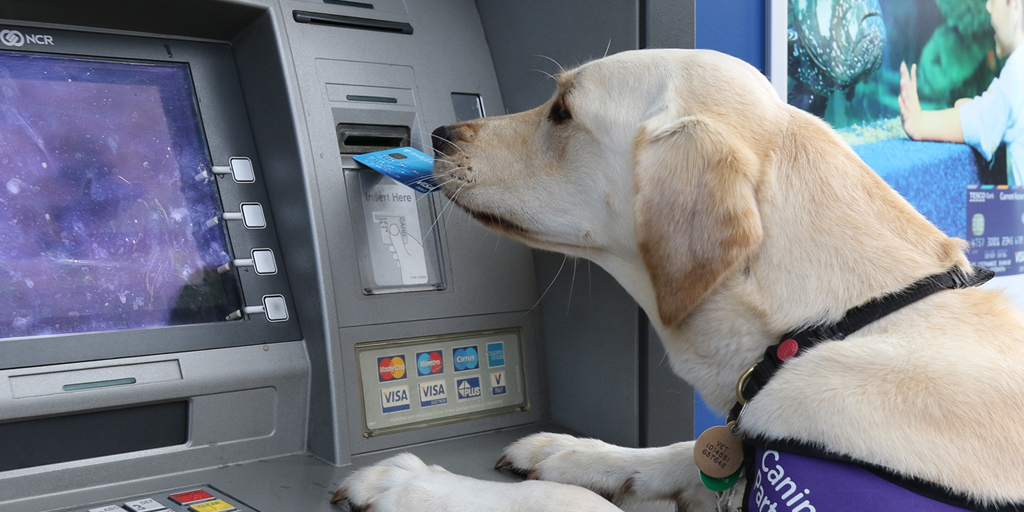 Canine Partners is a charity based at Heyshott which trains dogs to help people with physical handicaps. Their dogs undertake a specialist two-year training programme, which begins from selection at seven to eight weeks old. They spend 12 to 14 months in puppy training with a volunteer, followed by four months’ advanced training at one of our centres. At all stages training is fun and reward-based.

After training, the dogs are carefully matched to the applicants’ needs and lifestyle, no matter how challenging. They are trained to help with everyday tasks such as opening and closing doors, unloading the washing machine, picking up dropped items, pressing buttons and switches and fetching help in an emergency. They can even help people to get undressed and remove a card from an ATM!


One of their specially trained dogs will come with a handler to demonstrate how they help disabled people.

The Stone Age in Sussex

For his talk to the Midhurst Society Paul Ulson will come dressed as a prehistoric hunter-gatherer and will bring with him lots of artefacts, real and replicated, that we can see and handle.

Professor of Art History Dr Dawn Adès will talk about artist Adrian Hill, his time at KEVII Sanitorium, and his theory of Art Therapy.

Adrian Hill served during World War I and was the first artist commissioned by the Imperial War Museum to record the conflict on the Western Front. In 1938, while convalescing from tuberculosis at the King Edward VII Sanatorium in Midhurst, he found that drawing aided his own recovery. Hill was invited to teach drawing and painting to other patients. Hill found that the practice of Art seemed to help to divert the patients and to relieve their mental distress. It was at KEVII that he developed his theory of art therapy, the subject of Prof Adès’s talk. 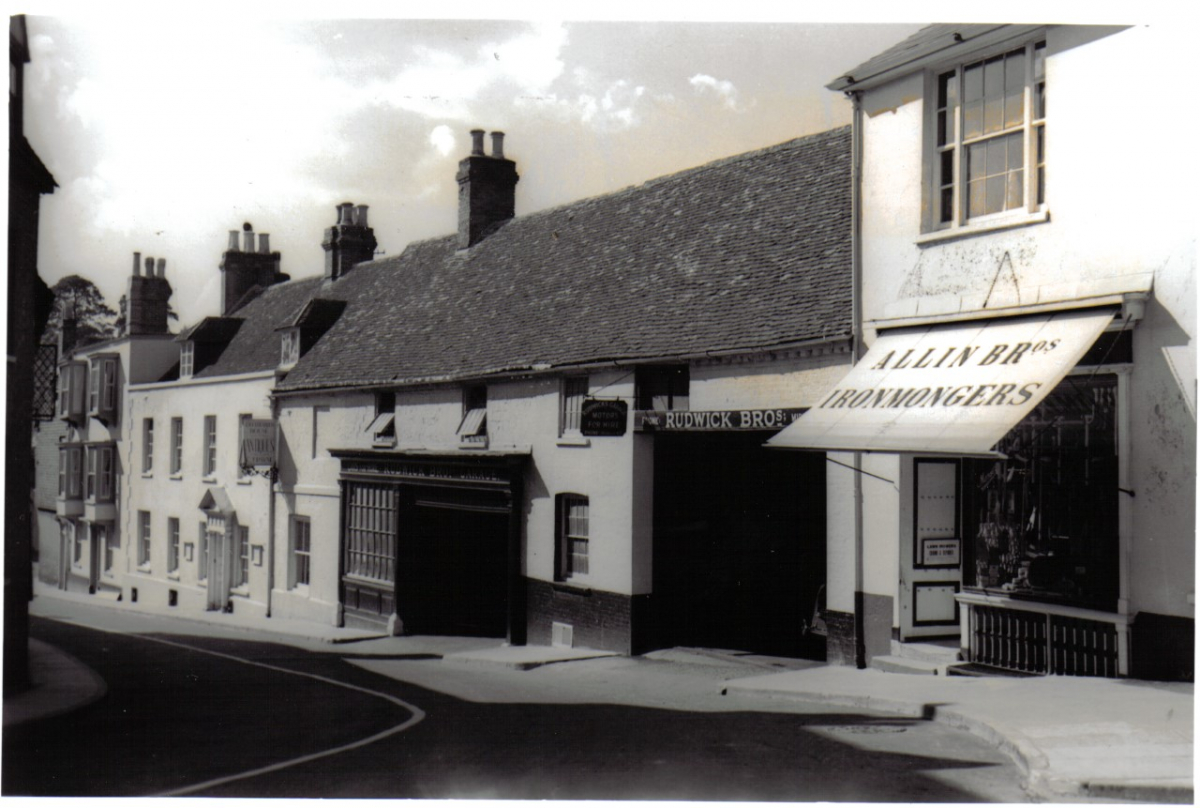 The Changing face of Midhurst

Bygone collector Dave Rudwick who will give us a photographic tour of Midhurst to see how it has changed over the years.

The Rudwick family has lived in Midhurst for at least five generations. Dave’s grandfather Harold and Harold’s brother Percy ran the Rudwick Garage business in Knockhundred Row until the 1940’s. That property is now the home of the Midhurst Museum which Dave helped to set up with his brother Tim and Peter Nightingale.

A selection from 400 years of Christmas Music: An evening of festive fun singing everything from renaissance, baroque and traditional carols to contemporary close-harmony numbers. The programme also includes some communal carols, so come in good voice!

Followed by wine and mince pies. 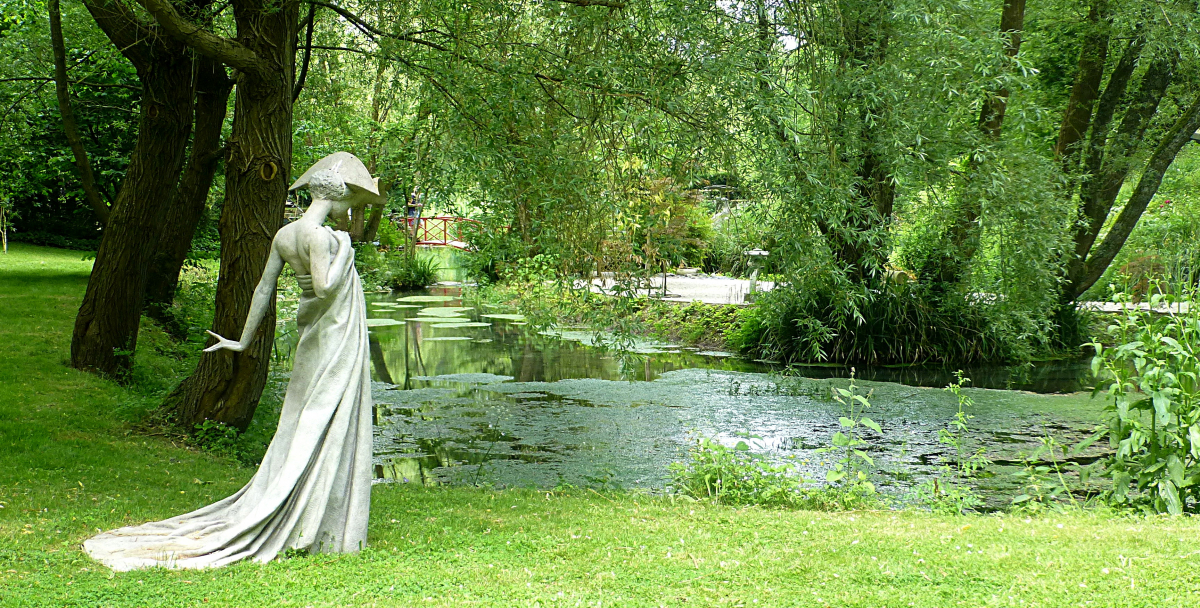 2021 was severely affected by Covid restrictions.  Some talks were cancelled; some were rearranged; some took place by Zoom; and, a couple were held at The Grange Centre. Finally, we were able to return to the Memorial Hall for the last talk of the year.

The highlight was a garden party generously hosted by Philip and Jean Jackson.

We held the first two talks, in line with the programme, but then Cocid-19 intervened.  Lockdowns, interspersed with restrictions on public gatherings, meant that we were unable to hold any further talks.


We were also unable to mark our 60th Anniversary with the planned summer garden party.  We continued to produce our magazines, and in Spring we brought out a special issue of 60 pages -the closest we could get to a celebration with our members.  We also updated and extended our web site, adding new pages, and we continued to post to Facebook.  In fact, our following on Facebook grew considerably as we provided news items, puzzles and entertainments - often with several posts a day.

Our AGM was delayed in the hope that restrictions would be eased, but eventually we had to arrange a Zoom session on 29 |October.

In November, Rev. Derek Welsman kindly gave a talk for us on the meaning of community, which he uploaded to YouTube.  This is still available to watch at your leisure
https://www.youtube.com/watch?v=2b-VzFLrWp0 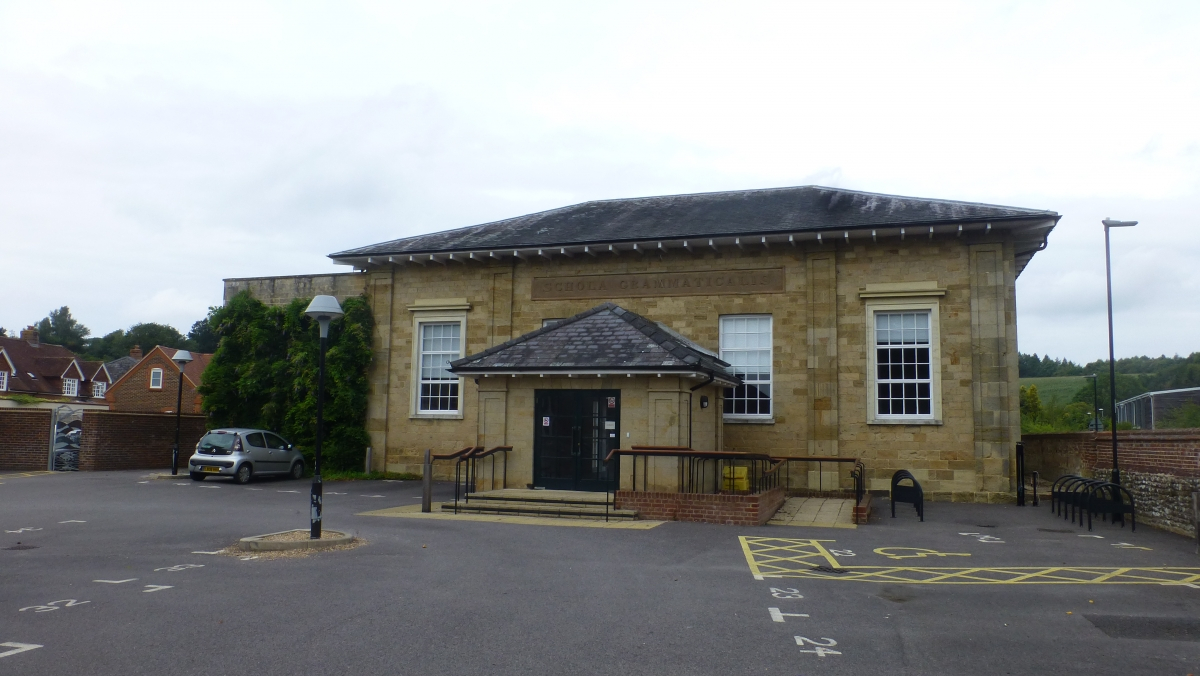 2019 was a busy year; with some interesting and engaging talks with good attendances.  Can we maintain the standard for 2020?  We believe we have a very good programme and would love to see more Members and visitors joining us... 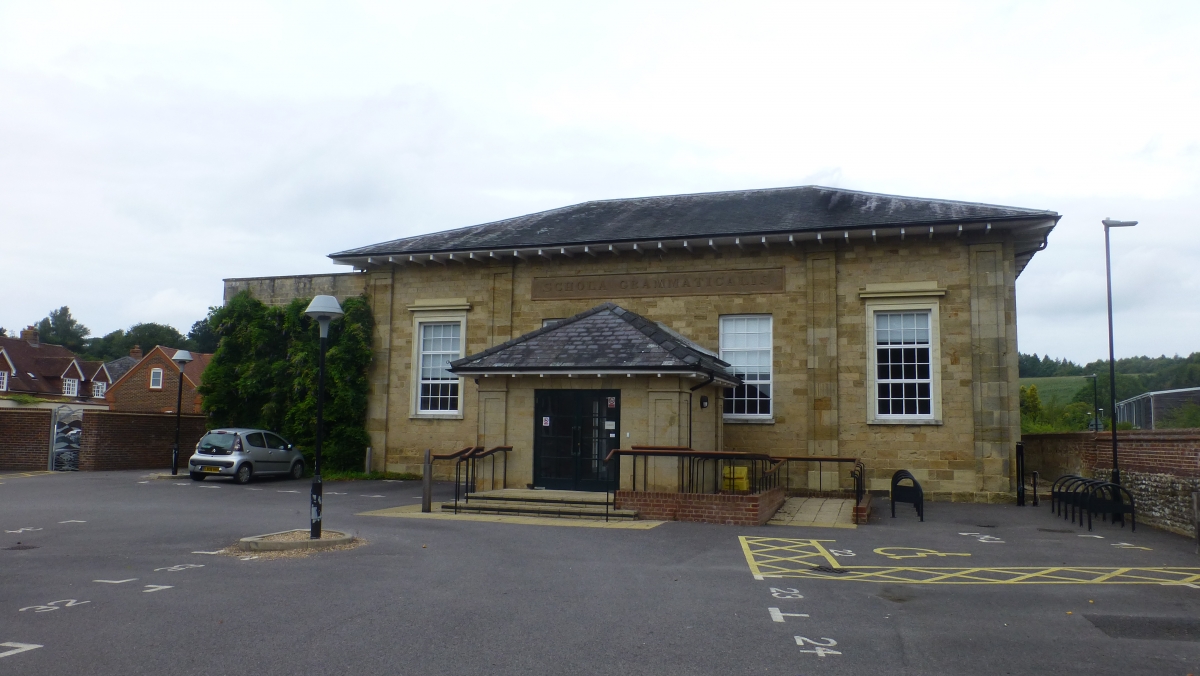 2018 was a good year, some excellent talks with good attendances.  Can we maintain the standard for 2019?  We think we have a very good programme!