I reported early (8.30, 28 September 1991) to the Primary School, impatient to see what Elizabethan costume would be deemed suitable for a Marshall, and whether I could don it satisfactorily.  Right from the start, my impression was one of ordered preparation: a Newbury firm hiring costumes were already in operation issuing on signature to all comers.  In a curtained classroom, with the youthful drummers of the Training Ship ‘Active’ from Waterlooville, I dressed myself appropriately in white blouse, striped doublet, crimson hose and red cloak, and sallied forth, hoping I did not look as peculiar as I felt.  Behold by then swelling crowds of marchers all in Elizabethan costume mustering on the playing-field – including the tall Graham Walker conspicuous as Richard III (Blackadder?), and shy little Catherine, one of the scores of children enchantingly dressed in gowns of plain colours and white Dutch bonnets.

As more and more arrived – Lions in blue tabards with blue banners, Archers in green, the Sealed Knot stretching history to the Civil War, Convent-girls on hobby-horses, a mobile Maypole, and countless Elizabethan Lords and Ladies and merchants and peasants – the playing-field began to fill – yet all kept in orderly groups, in three well-marked Divisions.  The weather had been forecast as wet, windy and chilly; as yet no rain fell, nor wind blew, though clouds were dark and menacing.

A drop or two began to fall as punctually at 10.15 the Procession started, moving with dignity and order down the Bepton Road and into the Grange car park.  There we were joined by the horses.  From my post with the Rear Division I could only catch glimpses of Queen Elizabeth, riding side-saddle, cavorting round the car-park, and several others of the side-saddle team, including a child on a Shetland pony.  Once we started again, I became aware of two enormous Shire horses bringing up the rear of the Procession and had to be careful not to let my own pace slow down too much lest I be trampled underfoot before it could be prevented by the most impressive Elizabethan farmer in charge of them.

In West Street began the sweet-throwing, as children carrying baskets of sweets offered or threw them to other (often bewildered) children among the bystanders.  Some children carried lavender and other herbs.  In West Street, too, began the dancing back and forth and round and round of Tiny Tots under the direction of Marion Aukland and Del Ruinet, to the merry music of a bagpipe played by that enormous Knockhundred Shuttler; this was deservedly a huge success with the spectators.  Also delighting the spectators were a score of little white-clad ballet-dancers presenting rhythmic tableaux on a trailer drawn by three stalwart men, like captive kings drawing the chariot of Tamerlaine.

So on down North Street we went, stopping and starting, sometimes to order, sometimes from inspiration; then came the Causeway, and here in the open the rain began to drench us, quickening our pace.  I fell behind but was kept going by the thought of the Shire horses bringing up the rear.  By the time we reached the polo ground, the rain was bucketing down and although we were not disheartened we were very wet, and glad to be able to get away.  Trailing back past the loudspeakers we could hear the Honourable Michael Pearson welcoming what was left of the Procession and formally opening the Celebrations:  “Good morning, ladies and gentlemen, May I welcome you to this the celebration of the 300th anniversary of Queen Elizabeth’s visit to Midhurst in 1591 . . . .”

Note:  The Midhurst Society played a leading role in organizing the celebrations in 1991, and the above extracts and photos are taken from The Midhurst Magazine, Vol 4, No. 2, Winter 1991

More information can be found   here  (including a photo from our publication Midhurst in Living Memory); and more photos have been loaned by   Angie Landsberger

And a video of the day can be found on YouTube 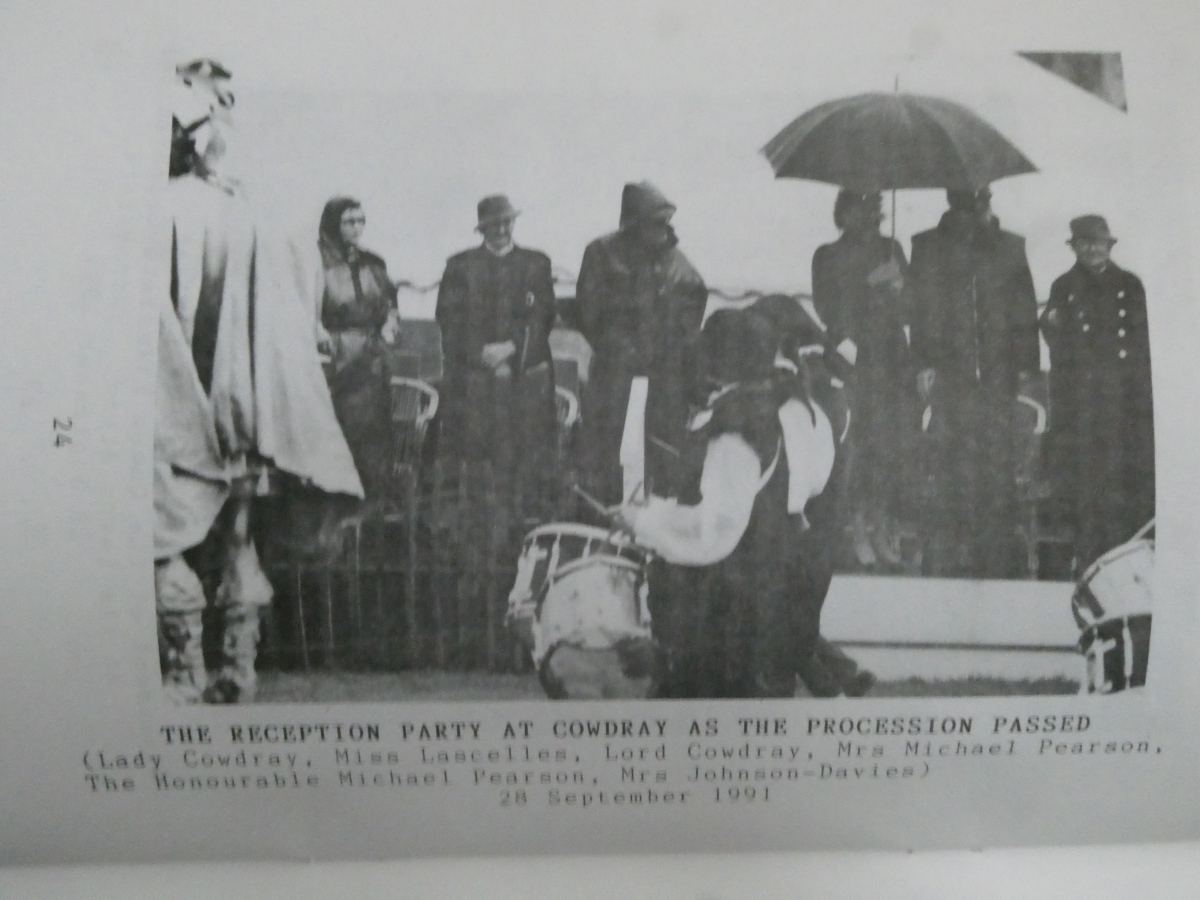 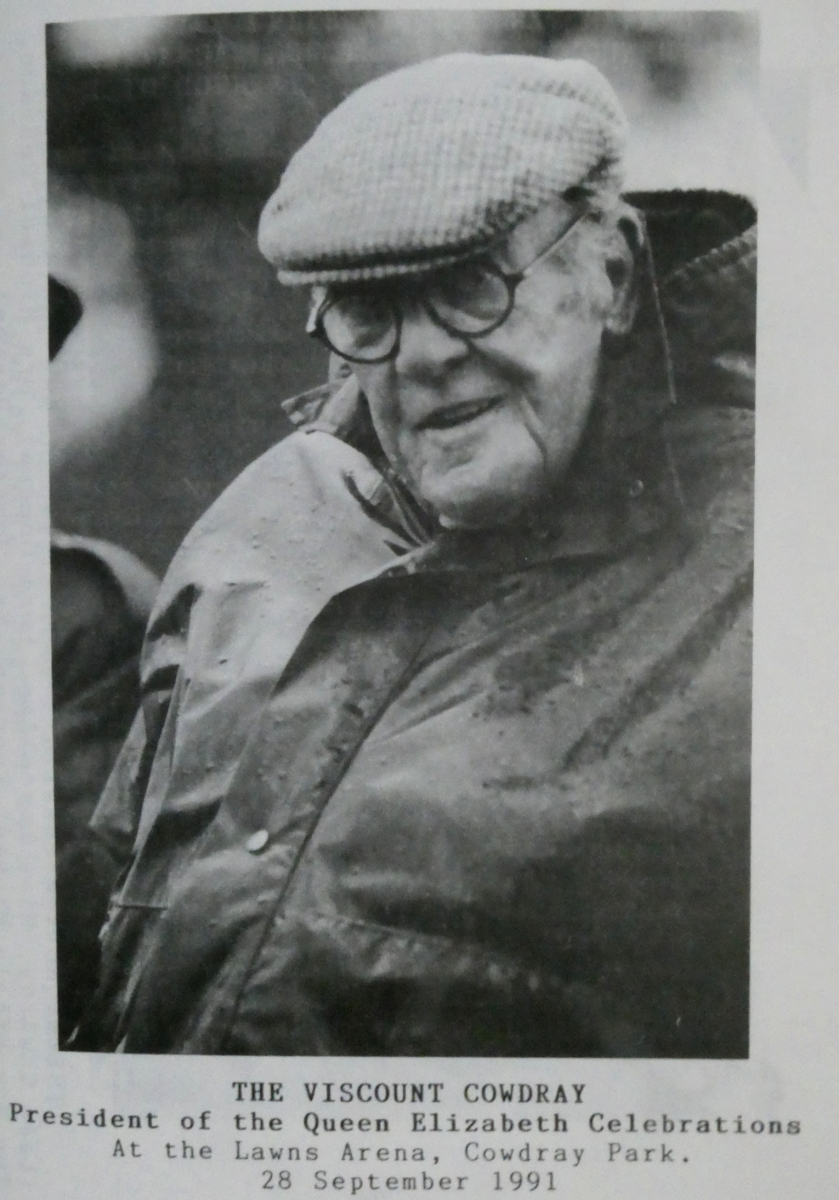 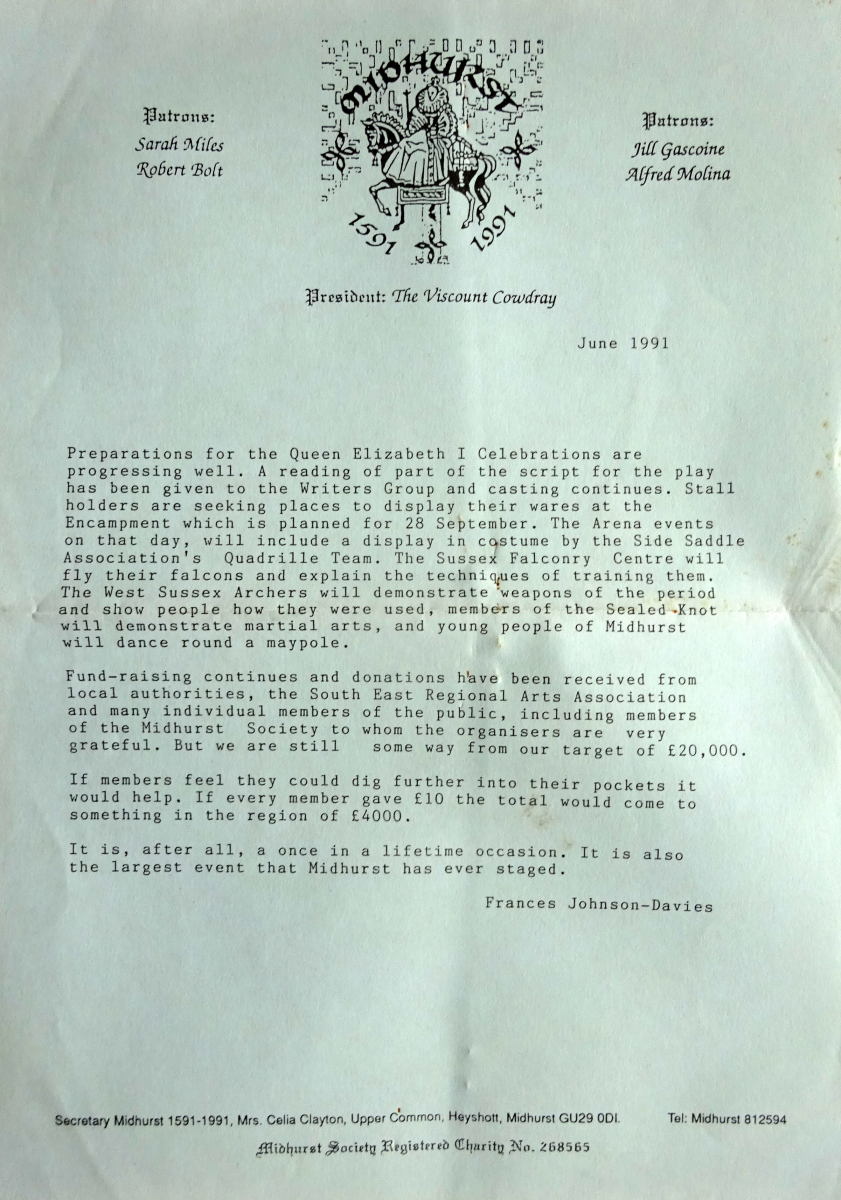