Midhurst will miss Henry Bond who died aged 92
One of the last surviving rear tail gunners who flew in Lancaster bombers in world war two, Henry Bond died at his Midhurst home aged 92.

This tribute has been written by Sheila Ryan, chairman of the Midhurst Society.

Willam Henry George Bond, usually known as ‘Henry, was a scholar at Midhurst Grammar School in the early part of the second world war, and he retained his love of Midhurst throughout his life.

It was during his teens he became romantically attached to Muriel, a pupil at Lady Margaret School, evacuated from Fulham, to Midhurst. In the morning the boys used the classrooms at the grammar school and then vacated them for the girls.  Henry’s devotion to ‘his girl’ lasted and in August 1945 he and Muriel were married and went onto have their family.

While at school Henry joined the Air Training Corps, Squadron (1452). This set him on his career, first in the RAF from 1943 (he flew as a crew member in Lancaster bombers during the rest of the war), and then for British European Airways after the war.

During his working life he lived in Putney, but in 1988, he ‘returned home to Midhurst’.  For the next 28 years he took a great interest in Midhurst affairs, in particular, the Midhurst Society of which he was a chairman and then vice-president.  It was he who initiated the idea of holding lectures each year as well as pursuing its main objective of preserving the heritage of Midhurst and the villages surrounding it. As a member of the Town Trust he enjoyed taking part in decisions about improvements to the Market Square area.

His personal life however, contained much sadness. After Muriel’s death he married Pat, and they enjoyed travelling.  When she died he was very lonely, but living next door in Cowdray Court was a Japanese woman, Michiko, who became his third wife.  Their happiness was short-lived and he cared for her through her terminal illness.  His health was seriously affected by the strain, but yet again he made a determined effort to resume normal life attending lunches held by the Midhurst and District Probus Club of which he was a member, as well as Midhurst Society committee meetings where he was a fount of local knowledge.

Quiet in outward appearance but with a delightfully mischievous sense of humour, this was a Midhurst man who will be missed but all who knew him. 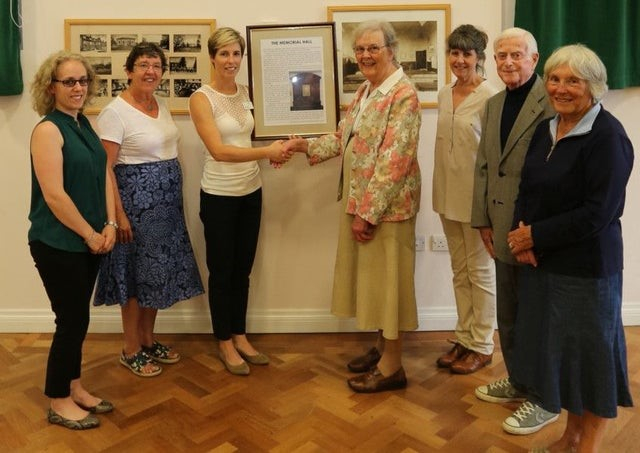