Midhurst is situated on the Sandgate beds, which comprise part of the Lower Greensand outcrop, a distinctive but minor ridge between the Low Weald and the South Downs, with the scarp slope rising from South Pond and the dip slope running from Knockhundred Row and Rumbolds Hill along North Street to North Mill Bridge. The highest point is at St Ann's Hill (37m) where the River Rother has cut a cliff into the Sandgate Beds.

Two palaeolithic axes have been discovered (earlier than 10,000BC), one of them on Midhurst Common. Many knapped flints from the mesolithic period (8,500BC – 4,500BC) have also been found, indicating human presence long before the town was established. It is generally accepted that farming activity dates from the neolithic period (4,500BC – 2,000BC) and soil samples in the district measuring pollen count indicate cereal cultivation – which, in turn, suggests settled habitation.

Two bronze age (2,000BC – 750BC) barrows have been identified on Midhurst Common. One was destroyed by gravel working but the other is still shown as 'tumulous' on some maps.

Evidence of Roman occupation of West Sussex is extensive and well-documented, but somewhat fragmentary in Midhurst District. Excavations at Whip Hill in 1997 revealed many potsherds and roofing tiles, indicating the possibility of a Roman farm. A coin was also found. Similar discoveries were made at South Harting, Iping Marsh, and Milland. A horde of coins (AD 290) came to light at Linchmere.

Midhurst is not recorded in the Domesday Book. The area was part of the Easebourne Hundred, and although it seems unlikely there were any significant buildings or farms in what is now Midhurst there could have been some scattered dwellings. The real origins of the town, however, are likely to date from the years following the Norman Conquest of 1066. King William I entrusted his friend Roger de Montgommery with a large part of western Sussex which became known as the Rape of Arundel. It would have been his responsibility to secure the land against rebellion, for which he would need a series of wooden fortifications - one site being St Ann's Hill where they were eventually replaced by a stone structure, evidence of which can still be seen today.

It was common in those days for settlements to develop close to such fortifications. The presence of a castle provided opportunities for local traders – and protection in times of trouble. And so the town of Midhurst appeared, in the area immediately to the west of St Ann's Hill, where now can be found the market square and parish church, with earthen ramparts and a wide, deep ditch (Duck Lane) providing a defensive barrier. Gates provided access from the north (Knockundred Row); the northwest (Duck Lane/June Lane); southwest (West Street/Duck Lane), and south (South Pond).

Midhurst soon became sufficiently established to host a weekly market. By the time that John de Bohun, Lord of Midhurst, applied to the justices in Chichester for 'exemplification' of his rights in 1279, he referred to Midhurst being a free borough 'from time beyond memory'. - Placita de quo Warranto (Record Commission)

The first documentary reference to Midhurst was in the early part of the twelfth century when Henry I gave the manor to Savaric Fitzcain, an Angevin knight. Under Henry's charter, Midhurst (with Ford and Rustington) was severed from Arundel and established into a separate lordship – but still owing military service to the lords of Arundel.

One of the Fitzcanes married into the Bohun family and took the name. Richard 1 issued a charter: “Know ye that we have by this our present charter confirmed to Franco de Bohun and his heirs . . Midehurst, and Eseburn, and all other lands and tenements which Savaric, son of Cane and Ralph, his son, and Savaric, son of Savaric, did hold in Normandy and England, in the time of Henry our father, or in the time of King Henry his grandfather, well, peacefully, freely, and quietly, entirely and honourably.”

From the de Bohuns the land passed eventually to Sir William Fitzwilliam, 1st Earl of Southampton.

What happened next to Midhurst can be discovered in our excellent History Leaflets, freely available from our website and at various locations in town. 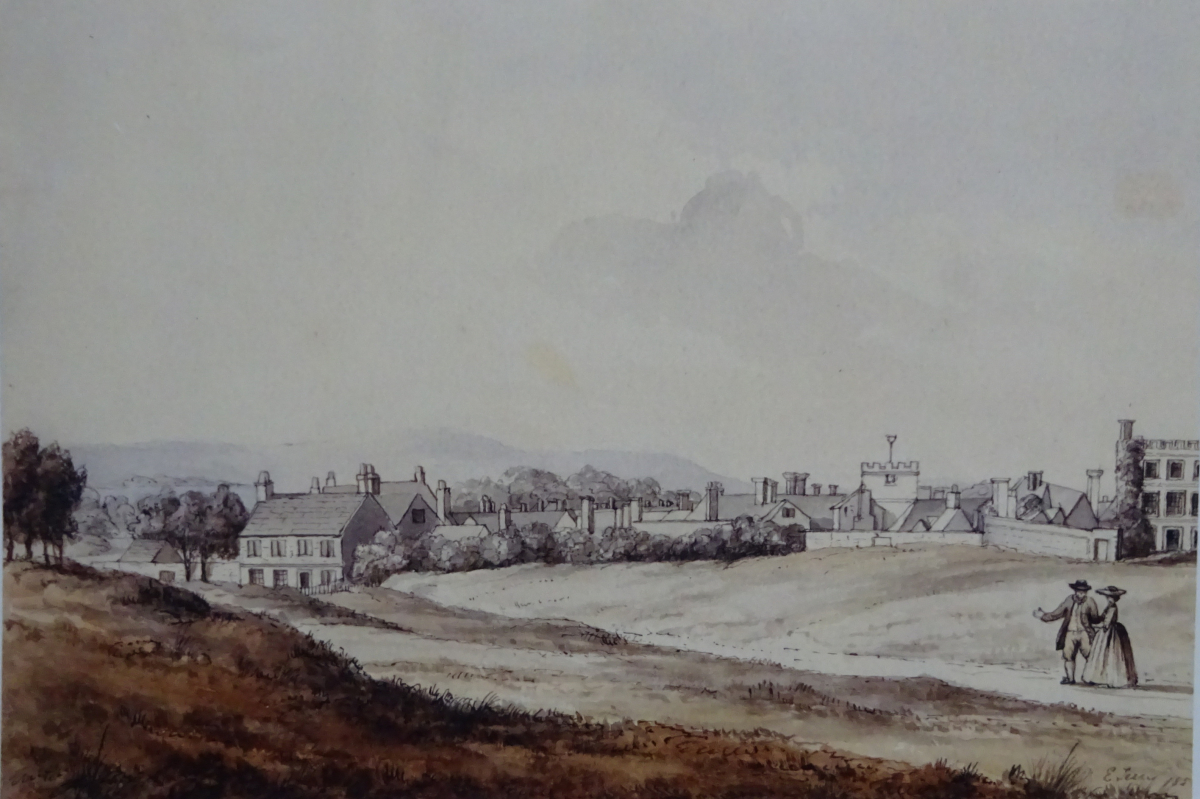