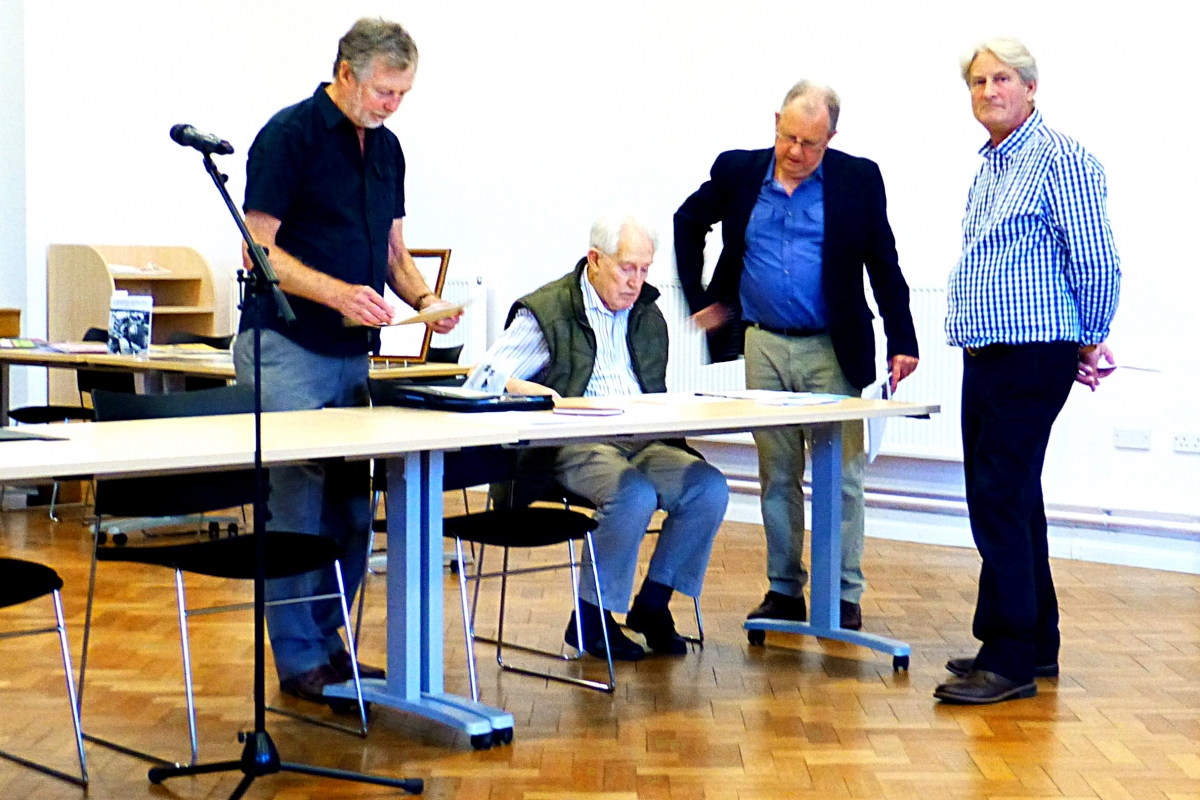 This AGM was attended by 50 people

(2) The Minutes of the 56th Annual General Meeting 2017 were approved and signed as correct.

(4) Report from the Chair: In addition to the printed Report which was distributed with the AGM papers, Sue Edwards offered the following points, having first welcomed visitors from Australia.

(5) The Honorary Treasurer’s Report was presented by Harvey Tordoff.

(6) Adoption of Accounts. The 2017 Accounts were adopted unanimously.

(9) Thanks were expressed to Mervyn Evans-Jones who was the Independent Examiner of the Society’s accounts for 2017 and a gift of appreciation was proposed.

(10) Thanks were also given to Malcolm Hutchings who is stepping down as Listed Buildings Officer and Steve Diver who attends to the sound and lighting in the hall.

Sue introduced Peter Sydenham who has written a book about his years as an evacuee in Midhurst during the war. He now lives in Australia but is here to promote his book and had some copies to sell at the meeting. Also attending was Tania Pons who has written a book as well about the wartime airfield in Midhurst. Sue invited everyone to look at the books and the displays of heritage postcards.

Sheila Ryan then proposed a huge thanks to Sue Edwards for all her hard work and who was stepping down as Chair. She presented Sue with an orchid and gift token.