The piece was taken from a longer piece of writing on 4 April 2021:

My name is Harvey Tordoff, and I am the vice-Chairman of The Midhurst Society (TMS), a charity that works at enhancing the experience of living, working and visiting Midhurst and surrounding area.  My wife and I became members about 10 years ago, when we moved from Rogate to West Lavington and our new neighbours took us to see a TMS talk by Philip Jackson.  We subscribed to the Midhurst Magazine and went to a number of talks, but were content for other people to do all the work.

What we didn’t realise was that the committee was understrength, and the workload had become too much for the remaining committee members.  At the end of 2016 the then Chairwoman issued a plea for help and I volunteered.  My first title was Treasurer (I had been a Chartered Accountant) but I soon found myself getting drawn into other areas.  In particular, I took over the website and the planning role, and after a while I set up a Facebook page.  The Committee was strengthened.  Mike Balmforth became Chairman, Thomas McGlashan was recruited for his IT skills, Keith Tregunna brought with him considerable planning experience, and Dave Widdup became Treasurer.  Just as well, because by then I had become editor of our magazine!

TMS was founded 60 years ago.  We planned celebrations for our diamond anniversary last year, but Covid intervened.  The Society was created in response to the widespread post-war development that was taking place in Midhurst, not all of it sensitive to the architectural and cultural history of this ancient town.  For example, in 1966 the splendid Victorian Public Hall in North Street (later the Orion Cinema) was demolished to make way for an ugly supermarket.  For the first 30 years or so we fought rear-guard actions, lodging complaints against what we saw as inappropriate planning applications.

With the advent of better planning laws, and the establishment of the South Downs National Park (replacing the old AONB) our involvement with planning issues became less critical, but we still find plenty to say on major applications.

It became important for the Society to maintain contact with its growing band of members, and regular talks on local issues were introduced, along with a magazine.  TMS became more proactive, donating seats and trees in public spaces and campaigning for a coherent transport policy – playing an active role in the exclusion of heavy goods vehicle from the Old Town.  Books on Midhurst were published, along with a collection of history leaflets that are still freely available as downloads from our website.

More recently, we installed two defifbrillators; one in the Cowdray sports pavilion; the other a joint partnership with Tesco in North Street.  We are working with SDNPA on a project to improve a riverside footpath to ‘easy access’ standards, allowing wheelchair and buggy users to enjoy this tranquil part of the town.  We have played a major part liaising with Philip Jackson and Midhurst Town Council to facilitate the gift by Philip of a bronze sculpture for a prominent position in town.  We stood up (unsuccessfully) to Chichester District Council over their proposals for a residential care home on the site of the old Grange; and we have been active in trying to preserve for community use the former home of Victorian social reformer Richard Cobden.

The website has grown out of all recognition, becoming a valuable resource for researchers and residents, with sections on history, listed buildings, Society news, our Talks programme, and details of campaigns and planning proposals.  Two new volunteers, Phil Stringer and Chris Deadman, are creating a schedule of listed buildings in Easebourne.  We would like help with similar projects for other neighbouring villages.  We receive regular requests for miscellaneous information, not all of which are readily answered!  For example:  what was the venue for the County Cricket match that took place in Midhurst between Sussex and Surrey in July 1830?  (We don’t know, but it generated an article for our next magazine!)

The Midhurst Magazine has been overhauled and improved.  Originally a vehicle for the Committee to communicate with its members, it is now a collection of illustrated articles written by members and followers, recording some of the rich and diverse social history and activities of Midhurst District.  Our Facebook page has also matured, attracting a regular following of more than a thousand.  This is larger than the membership, and generally represents a younger age group.  We use Fb for the provision of information about local news and events, seeking views on planning proposals, and entertaining – by posting photos from the archives, current scenes, and weekly puzzles.

Above all, we encourage a sense of community and civic pride.  Where possible, we work with other organisations with similar aims, but as a small charity we are often able to respond faster than the more bureaucratic bodies.  We would like to encourage all who share our values to support our work, either by becoming members, buying our magazines, or by following us on Facebook.  The bigger our following, the more influence we can exert when standing up to developers and planners.

We would welcome more help with running TMS, either by individuals lending a hand as and when needed, or taking charge of a particular aspect or project. 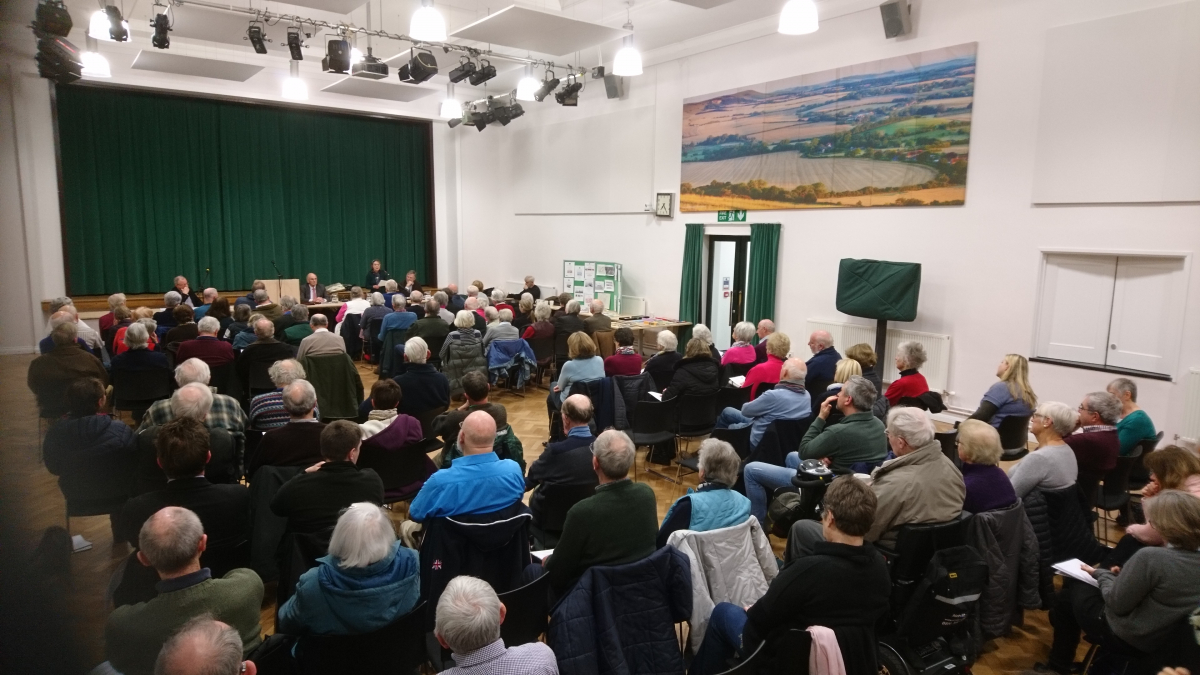