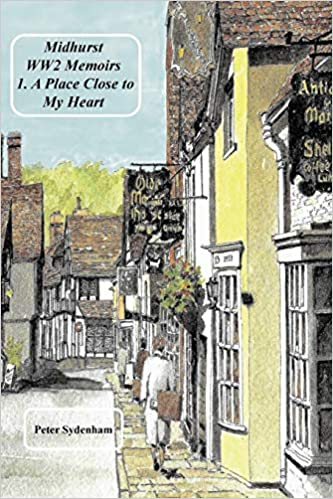 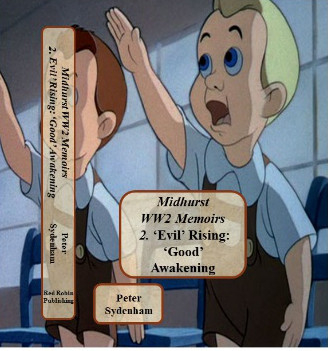 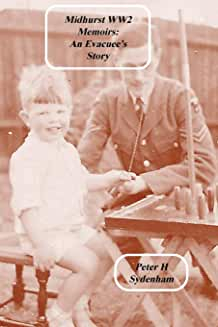 Midhurst WW2 Memoirs: 1. A Place Close to My Heart

By British standards, Midhurst in West Sussex, was always a sleepy town, becoming that way due to its enviable geographical position in the midst of the award-winning rural countryside of the South Downs National Park.

WW2 activity-filled it to capacity with troops from Canada, USA and those European Countries over-run by Hitler. To make matters even more onerous for its sleepy residents, hundreds of child evacuees were sent there from London to be safe from the bombing blitz on London by mad-man Hitler’s Air Force. Every school and run-down living space was pressed beyond capacity.

This series of books uses the author's childhood formative experiences, there as an evacuee from London, as the story-line on which are stacked many backstories of the Midhurst District’s life and times.

In readiness for appreciating the wartime memoirs that follow, this first book delves into the Midhurst Rural District area’s 1000-year-old history.

for further information, and for details of how to order books, see: https://midhurstmemoirs.com/

Understanding the Midhurst District in WW2 needs an appreciation of how WW2 formed over the 1930s. Hitler’s rise to absolute power by 1933 started his insane plan to build a 1000yr Third German Reich by heinous means, including educating German boys to become dispensable soldiers, and the nation’s girls to be mothers of his master race.

Book 2 explores how Hitler brought about WW2 through dishonest political manoeuvring, and military force not seen before. Why did Britain hold back its condemnation and retaliation? Who were the Good and the Evil combatants as the world was dragged back into all-out war?

Peter Sydenham digs deep to explain the impact of war on life in the Midhurst District. helping out in all manner of ways. German Fascism was operating just a few miles away. Goering and Ribbentrop are said to have come to town! Who were the forgotten local heroes?

This book is the companion guide to the Midhurst WW2 Memoirs series of books. It gives the main points of my own story presented in Midhurst in 2014 to the Midhurst Society, and then describes the follow-on from that event as the books are born.