When Judy Rich came back to Midhurst in 1965, she said she was greeted by people saying – I knew your mother – and felt she should have a sweater saying I am Doctor Pudney’s daughter – to celebrate her mother’s life she used Dr Pudney’s memoir as a base for her interview. 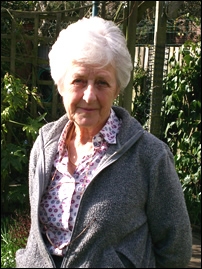 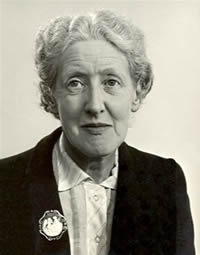 She writes “I find it much more difficult to write about GP from 1940 to 1970. For 9 years I worked for Dr Morley and then from 1948 to 1970 I worked with four or five partners. In that time we built the surgery in Lamberts Lane, Midhurst, moving out from a very unsuitable old house in the middle of the town, which is still known as the Old Surgery. It was cold, cramped and really inadaptable. Dr Hanbury was the moving spirit and persuaded Lord Cowdray to sell us land that we needed, and he and Robin Lush and probably Jack Byrne designed the present one which was finally bought by the NHS in the 70s and it was then improved and enlarged.

General practice was much more intimate in the 1940s to 60s as very few people had cars and so home visiting was the only way of seeing patients with a rural scattered practice of 70-80 square miles so one did a high mileage. We were paid on a capitation basis, so much per mile which in 1948 was 12-15/- plus mileage over three miles from the base. It worked but was very trying when you got back to base to see what extra emergency calls had come in to find you had been to Heyshott and there was a call to Graffham so you covered the same ground again. We had no call system from the practice until the 1970s. One did as much as one could in one direction and hoped for no more that way.”

I will just break off and say that I remember as a child that she would come back, she would have lunch and she would go off again. She did a huge mileage. Now back to what she wrote.

“The worst and most annoying type of trouble was after evening surgery from 7 to 10pm. Often people had hung on all day not making up their minds until they felt they could not face the night. Calls after 10 to 11 were often for something acute and after midnight it was generally an emergency, abdominal pain, coronary pain, asthma or so forth. One carried a fair selection of drugs to cover people until morning, then we would drive home cold, tired and hungry and I found the most soothing thing to have was a plate of warm sweet porridge when I got home.”