In 1066 William of Normandy invaded England and defeated King Harold in Sussex.  Next came the more demanding task of securing William’s new territory, of turning battle victory into conquest.  He gave strategic landholdings to his most loyal barons and had them construct defensive positions to repel other invaders and local rebels.
The Bohun family were given land that included what we now know as Midhurst, which they occupied from 1093 to 1492.  The exact date is unknown, but early in the Bohun occupation a fortified manor house, was built on a hill overlooking the River Rother.  Although Midhurst is not mentioned in Domesday Book, it is likely that there would have been a scattering of houses, and the new manor house would have attracted traders from further afield, seeking to profit from selling provisions and services to the new occupiers.  The town of Midhurst was born, with the construction of houses and stalls at the foot of the hill in the area still known today as The Old Town. The first ‘official’ recognition came with the granting of the Manor of Midhurst by Henry I, the youngest son of William I, in 1100, to Savaric fitz Cane of Midhurst and Easebourne, husband of Muriel de Bohun.

The descendants of the Norman conquerors found they didn’t have to repel invaders or angry locals, and they didn’t need to live on fortified hilltops, and in the thirteenth century Sir John Bohun built himself a new, much grander house across the river and named it Coudrie (Norman-French for the hazel grove which surrounded it.)  The old building was leased out and in 1316 it was vandalised such that a lawsuit was brought in which damages were claimed for Geldwin’s Hall (£50) (Geldwin was a son of Savaric) and its furnishings (£74).  By the 15th century it had been abandoned completely, and in the way of such things stones were removed for recycling.  Nature reclaimed the hilltop until soon there was no trace of the original manor house.

The centre of Midhurst was the Market Square, at the foot of the fortified hill and next to the parish church.  As the town grew, it expanded first westward, towards the land owned by the Order or Liberty of the Knights of St John, and then northward.  With the transfer of power from St Ann’s Hill to Coudrie, so it became profitable for traders to be closer to the entrance to the new Manor Houses. shops, dwellings and stalls began to appear in what is now known as North Street.

Little was known of the old site on St Ann’s Hill until excavations in 1919 revealed some details. A curtain wall, 5 feet thick, inclosing some 5½ acres, entered at the south-west by an archway, without any gatehouse. An irregular oval inclosure in the south-east angle probably marks the keep. North of this stood the chapel, consisting of a chancel 15 feet square, and a nave 20 by 18 feet with a western door. Beyond this, against the curtain wall, which here runs straight north and south, was a rectangular block divided into two parts, respectively 31 by 18 feet and 22½ by 18 feet, probably cellarage under the hall and chamber. Fragmentary foundations north of this may mark the site of the kitchen and offices.  Stonework was laid out above ground, giving the outlines we see today, although it is now thought the twentieth century assumptions contained some inaccuracies.

It is believed that the chapel was dedicated to St Denys, venerated throughout France.  The Parish Church of Midhurst, St Mary Magdalene, added the name of St Denys in the sixteenth century, probably in recognition of that saint’s importance to the Bohun family.

There is speculation the hilltop had been in use for 1,000 years before the arrival of the Normans, perhaps with a pagan temple which was later superseded by a Christian chapel.  An alternative local name was Tan Hill, possibly a corruption of Beltane – the god of fire and the Sun, and it was easy enough for Tan to slip into St. Ann.  The site is now a scheduled Ancient Monument, but there is much that we still don’t know! 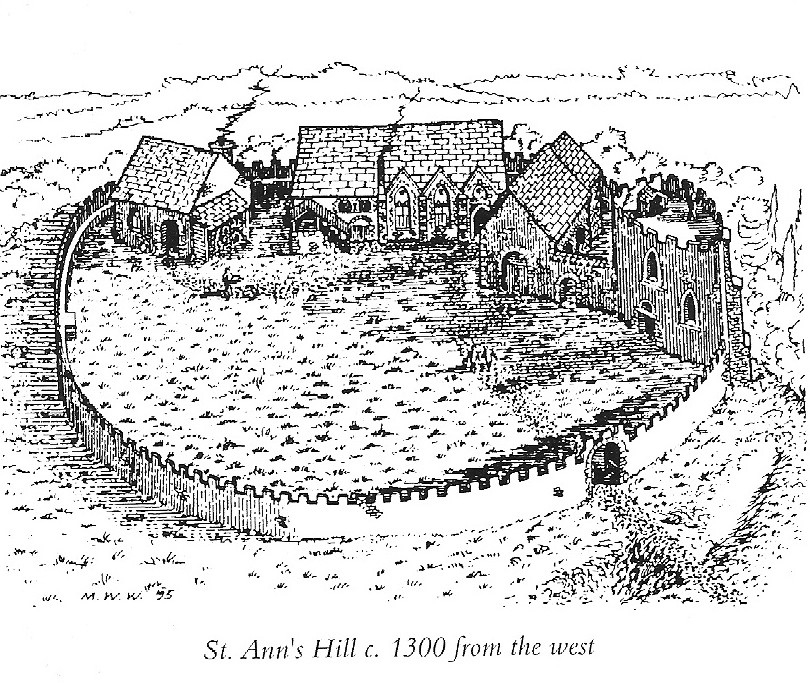 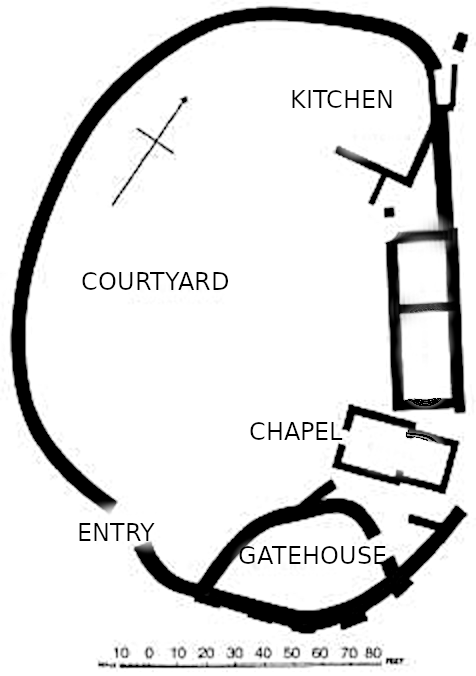 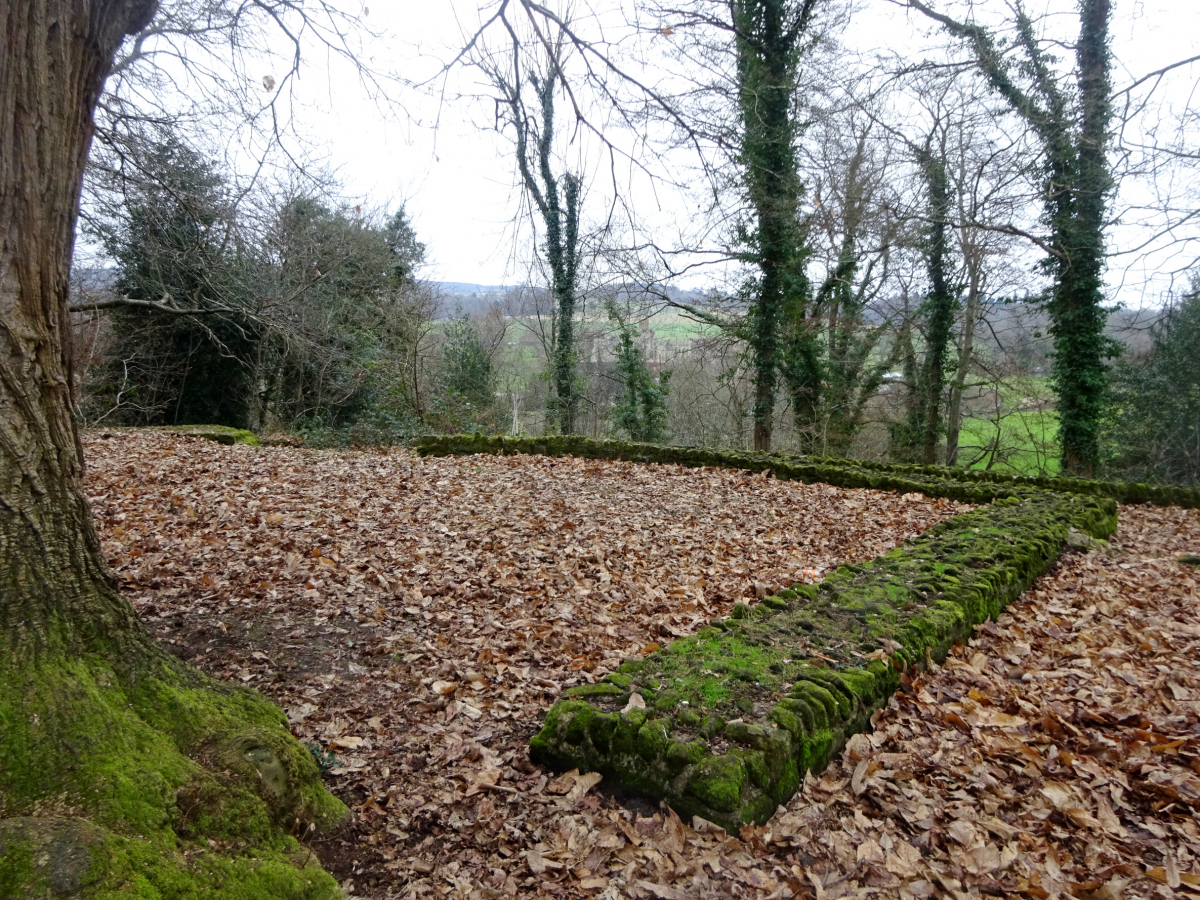